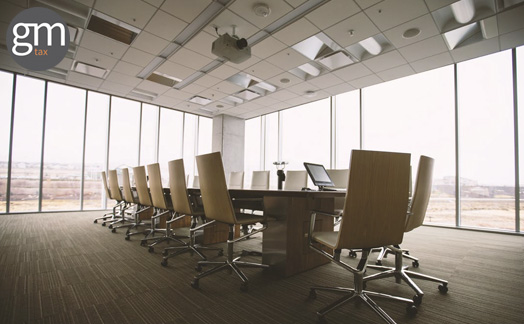 Transfer pricing comes into play for transactions within multinational companies. Transfer prices are the prices charged for intra-group transactions (e.g. supplies of goods and services) between individual affiliated enterprises established in different countries.

Since the prices are set by dependent partners within the group, it is, of course, possible that these prices do not reflect the independent market price. This causes major problems for the tax authorities. They fear that multinational groups set transfer prices for cross-border transactions in such a way as to reduce profits taxable in their tax jurisdiction. A result is an increasing number of transfer pricing rules and enforcement measures, making transfer pricing a key issue in tax compliance.

Transfer pricing in the public spotlight

Never before has the taxation of cross-border companies been so much in the public eye as it is today. The alleged tax avoidance of multinational companies through international tax planning has become a constant topic in the media. The focus of public attention is on tax planning models of globally known companies such as Apple, Google, Starbucks or IKEA.

In response, the highest levels of international politics, above all the G20 and international institutions such as the EU, the OECD and the United Nations (UN), have taken extensive action in recent years to prevent or at least limit possible tax avoidance through transfer pricing and other international tax planning models. In particular, the G20, the group of the 20 largest industrial nations, in cooperation with the OECD, launched in 2013 a comprehensive program against tax avoidance and profit shifting, “Base Erosion and Profit Shifting” in short BEPS. The final results of the BEPS program, which contains numerous new regulations on transfer pricing, were adopted by the G20 governments in November 2015.

Transfer pricing can not only lead to substantial tax arrears and possible penalties for companies but also too stressful disputes with tax administrations and tax courts. In addition, they are also likely to bring companies a negative reputation in the public eye. Various Non-Governmental Organisations (NGOs) have taken up the cause of monitoring Multinational Companies with regard to their international tax planning and informing the public.

Multinational companies have repeatedly been pilloried in the media and their tax planning has been branded as, if not illegal, then at least immoral. Under public pressure, companies were forced to pay additional taxes on their own, in addition to their previous tax payments, as happened in the case of Starbucks in the UK, which paid additional taxes of GBP 20 million for two years.

What is transfer pricing?

The transfer prices divide the taxable profit of an internationally active company among the participating countries. Thus, the taxable income of a Multinational Company is distributed between the jurisdictions in which the company operates, i.e. in which it has subsidiaries, affiliates and/or permanent establishments. The vehicle for the allocation is the clearing between the different group units, the transfer prices for goods and other services (e.g. rights of use for intellectual property) that are delivered or rendered between the units of the Multinational Companies across the border.

Company A of the group of companies in country A delivers goods to Company B of the group of companies in country B. Company A produces and sells the goods cross-border within the group. Company B purchases within the Group and sells to non-affiliated customers, i.e. customers not belonging to the Group. B generates external sales for the Group with external customers. The external price of the goods that Company B can realize with the customers corresponds to 120. Company A incurs costs of 100. Costs of B are neglected for reasons of simplification. The effective tax rate corresponds to 30 % in country A and 10 % in country B.

In the first case, the tax revenue is significantly lower and the consolidated profit after taxes is thus higher than in the second case. The profit before tax is the same in both cases. This example shows that from the Group’s point of view it can be worthwhile to set a transfer price that is as low as possible in order to minimize the Group’s tax rate (30 % versus 10 % Group tax rate). In practice, probably due to tax regulations, a price is set between the extreme values of the cases considered for the transfer price, so that the group tax rate will be between 10 % and 30 %.

Because the tax authorities in country A and country B each have an interest in receiving the highest possible contribution to their country’s tax revenues from the company, they will closely review the transfer prices and may question their appropriateness. Most countries have comprehensive transfer pricing rules which companies must comply with and which specify what the tax authorities must take into account when checking transfer prices. If the audit in one of the two countries leads to an adjustment of transfer prices by the relevant tax authority, double taxation may result, i.e. more profit will be taxed than the group profit before tax of 20, i.e. more than the group as a whole actually generates.

The avoidance of double taxation is the aim of bilateral agreements between the countries, the double taxation agreements, in which, among other things, rules for transfer prices, their review, and adjustment by tax administrations are agreed. As a rule, these agreements also provide for solution mechanisms that companies can make use of in the event of double taxation. As international institutions, the OECD and the UN have developed model agreements and published comprehensive guidelines for their implementation or application as international standards. The vast majority of bilateral agreements are based on the OECD Model Convention. This contains the so-called arm’s length principle as the most important international guiding principle for the appropriateness of transfer prices. According to the arm’s length principle, the tax authorities may only adjust the transfer prices of a Multinational Company if they obviously deviate from what unrelated parties who are not part of a group would have agreed.

Risks from transfer prices for companies

In connection with that, companies are confronted with an extremely complex regulatory field: On the one hand, as cross-border transactions are involved, at least two countries are always involved. Thus, companies operate in the international sphere of tax law, in which the agreements between the respective countries, the double taxation agreements as well as the guidelines and interpretation aids for these agreements of international organizations, in particular, the OECD, must be observed

On the other hand, many countries have enacted specific national regulations on transfer pricing and, in some cases, the approaches of tax administrations to this audit topics are very different and often result-oriented, i.e. with the clear goal of achieving a better result for the respective tax authorities. This can lead to a high degree of uncertainty for multinational companies with regard to the acceptance of transfer prices by the national tax authorities and thus of the respective open tax positions in various countries. Even if a multinational company does not engage in aggressive tax planning and primarily seeks legal certainty, the company cannot usually assume that the tax administrations will follow the transfer pricing approaches and will not make any adjustments.

In addition, transfer pricing is often associated with greater uncertainty, grey areas, and subjective assumptions. The arm’s length principle, which is the guiding principle for the appropriateness of transfer pricing, is initially a fiction that deviates from the reality of decisions within corporate groups: the arm’s length principle is based on a transaction between unrelated parties, whereas in corporate groups decisions are usually made hierarchically. Moreover, it as such is not initially substantiated and requires substantiation through methodological approaches (e.g. price comparison, gross margin comparison, net margin comparison) as well as empirical arm’s length data for the actual determination of transfer prices.

Guidance on methodological approaches to determining arm’s length prices is provided primarily by the OECD Transfer Pricing Guidelines. These are a negotiated compromise between the tax administrations of the participating countries, with the consultation of the interested public (industry representatives, consultants, etc.). In this respect, the guidance is often vague and strives to leave sufficient degrees of freedom for each individual case. This flexibility is often in the taxpayer’s interest but leaves the same flexibility for the tax administration’s arguments. This leads to significant uncertainties for taxable enterprises in the area of transfer pricing.

In addition, it is often difficult to find sufficiently comparable data from transactions between unrelated parties, which can form the basis for an arm’s length comparison. Corresponding arm’s length data is necessary in order to derive a numerical range for transfer prices on the basis of the respective methodological approach. Otherwise, one would only be in the area of conjecture or estimation and it would be even more difficult to find a solution with the tax authorities.

For this reason, net margin methods are often used because data availability is very good for this method and the traceability of the data is relatively high. However, in countries with relatively high effective tax rates, in particular, the scepticism of the tax authorities regarding the net margin rates is high and tends to increase over time, because the corresponding rates often only allow a limited share of the total consolidated profit and disclosure of the total profit from the corresponding transactions can also be avoided. This is also reflected in the final BEPS papers, which in future expect at least a much more precise analysis of the functions, risks, and value of intangible assets as a prerequisite for a corresponding approach. In any case, there are already frequent discussions with the tax authorities in the field of transfer pricing methods.