The three lies of Minister Montoro 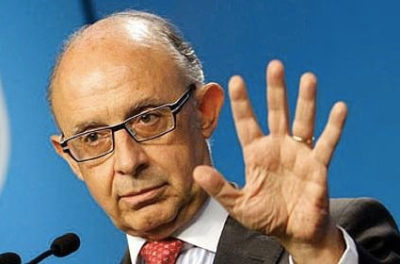 Yesterday Minister Montoro  said that the Amnesty is not going to prescribe the 30th November (4 years later the deadline for the Amnesty Form called Form 750). He said a half true.

As you may remember we had predicted this behviour in our post: “ The agreement between PP and Ciudadanos related to Tax Amnesty. Could it be implemented?”

Let’s see wich are the half truths of Minister Montoro.

Minister Montoro and his half truths abaout the Amnesty

1.- Change in the collection rules in the Model 750

Goods that have not previously been declared through the form 750 will not prescribe. Jointly with the Amnesty the Spanish Government establishes a new rule saying that all the assets that have not been declared previously through the 750 Form will not prescribe and they have to be considered as owned on the IRPF regular basis (that means that in some cases you have to pay IRPF at the 50% tax rate or more). And after this, a fine of the 150% of the amount not paid will be applicable. That means that if the tax rate is 50% you will have to pay around 125% for the assets you have. And they also approved that the assets declared through the 750 Form will be considered well declared and this rule will not be applicable. So, attending the Law, for the assets you declare in the Form 750, the next 30th November they will be prescribed and no one can check this Form.

2.- What will happen to those who have not paid 10% for the Amnesty?

But, what happens with the amounts that were considered prescribed when people filled in the 750 and they don’t pay anything for them? What Mr. Montoro was saying is that for the assets that you have not put in the 750 Form (because you can prove that they were prescribed and you have avoid paying the 10%), attending what the Law says they are not considered as prescribed, and theoretically they could ask now for them. This is true, but there’s another fact to be considered: jointly with this Form 750 the Spanish government approved a Form called 720 in which Spanish residents have to declare all the assets that they have outside Spain (it’s a Form similar to SBAR Form) since 2.012. And the Law establishes that for people that declares assets to the 720 Form, these assets can’t be considered as owned on the IRPF regular basis.

3.- In which case after the 30th of November will the prescription apply?

So, under our point of view, this rule about the non prescription of taxes can’t be applicable to people that didn’t put the “prescribed” assets in the 750 Form avoiding paying the 10% but that have filled in the Form 720 correctly (putting on it all the assets that they have abroad). So, in this cases, if any inspection process has began before the next 1st December,  the prescription of the foreign tax assets will enter in force and nobody could check the forms and consequently nobody can claim anything to the people that hadn’t paid the 10%.

The same conclusion seems to be obtained from the letter that the AEAT has sent to the taxpayers, and you can download it here.