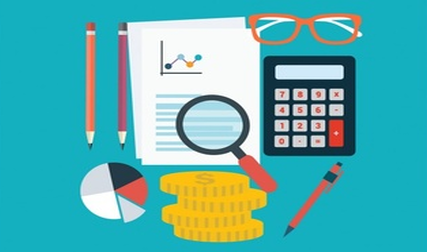 In previous articles we saw in a more specialized view how could it be amortized the real estate, buildings and, on the other hand, the depreciation of vehicles. This new article will give a more general view about what is an amortization, what benefits can it take and in what situations we can apply it. Will detail the different amortization methods, such as  linear  depreciation,accelerated or degressive amortization.

What is a repayment

Amortizations are a way of deferring the spending accounted for over a certain period of years, according to the useful life of the asset. It is used only for investment goods, it means, goods that are not for immediate consumption but had been used for more than one year by the company, such as vehicles, buildings, machinery, facilities … etc.

What is it for?

Amortization of capital assets makes sense because the material part of a property loses its value over time and thus tries to compensate for this loss of value of the property, its depreciation.

An example, imagine a company

Requirements per the tax deductibility of the amortization

a. They have to be fixed assets of the company, so that the amortization tries to make up its depreciation, as stated above

b. Amortization should take into account the effective annual depreciation of fixed assets item. These are valued according to their acquisition cost. The aim is that at the end of the useful life of the material has recovered the initial investment.

To try to estimate the effective depreciation of the fiscal rule we can implement different methods:

– The application of any of the legally admitted systems, which are detailed below

– Depreciation proof, if it exceeds the limits resulting from the aforementioned systems.

c. Amortization has to be reflected in the corresponding accounting exercise, since they are not tax deductible expenses those that are not accounted charged in the income statement of the company

d. At the end of the useful life of the asset, the sum of the depreciation charged can not exceed their acquisition value

1. Amortization according to table

This method is based on the application of depreciation rates set in the officially approved tables and contained in the annex to the RIS.

These tables set for each asset or maximum coefficient of linear depreciation and a maximum amortization period. It is understood, therefore, that the requirement of effective depreciation is accomplished when either of these two coefficients or any other applicable between them.

We can distinguish two types of amortization tables:

Information we can extract from amortization tables:

We can also get information about the minimum depreciation rate from the tables which is what is necessary to depreciate the value of the element in the maximum amortization period set.

What if an item does not fit specifically in the tables?

In this case it should be applied provisionally amortization that the company deems appropriate taking as a base those coefficients approved in tables.

This is a method referred to in the tax legislation, which allows the accelerated amortization during the first years of the well life, and thus the risk of obsolescence is reduced.

There are two degressive methods:

When can they be applied?

3. Special Plan formulated by the owner of the business and approved by the tax authorities

This is an alternative system whereby individuals may propose to the Tax Administration an argument made by them for the amortization of property, plant matter, investment property or intangible, superior than what the tables would have planed.

Request. It should contain:

Application deadline. Must be submitted entered the construction period of the element or within three months to the date when amortization would begin.

b. Special cases and tax benefits of them ERD

There are certain situations where the methods discussed above represent not well enough amortization depreciation suffered by certain fixed assets and the consequences that entails. In these special cases you can use the following methods.

Free depreciation is a tax incentive which may be referred to the absence of any amortization method discussed above, specifically systems of the standard of IS, or the practice of collecting repayment in certain special rules. This is a method for eligible small-sized companies at the time of amortizing property, a concept that is explained in more detail in the article “do you know that you can write off of a property?”

a. Amortization according to evidence of their effectiveness. Freedom is allowed to adopt any method of amortization if the depreciation achieved is greater than the calculated through legally established methods, as long as it can be provided an evidence of the effectiveness and actual wear of fixed assets is appreciated.

b. The rules of IS regulates a system of free depreciation for certain occasions. For example eligible for special investment scheme with job creation made by small companies.

In general, they are accepted as tax deductibles the losses Impairment of intangible, as long as certain conditions are met, such as:

The amortization method fiscally admitted applicable to the elements of intangible assets is the annual ceiling of one tenth of the amount, without having to prove their effective depreciation, but if you can get to prove it we can also formulate a plan to be approved by the Administration with a higher amortization.

As discussed above, the elements that, although intangible, can be amortized through legal methods are:

The properties are considered used when they have been put into operation before being acquired and are older than 10 years.

In this case the amortization is different because, for example, they cannot benefit from the method of accelerated depreciation of SMEs.

This method is to benefit from a tax incentive, which can depreciate faster than expected in the official tables.

Accelerated depreciation is not a lower tax rate but what it does is to allow to distribute it in time according with the interests of each company.

It is possible to apply accelerated depreciation in the following cases:

Anyway it is always good to have a tax advisor. If you have any questions regarding this do not hesitate to contact us.