Amortization for a Property: All Explained 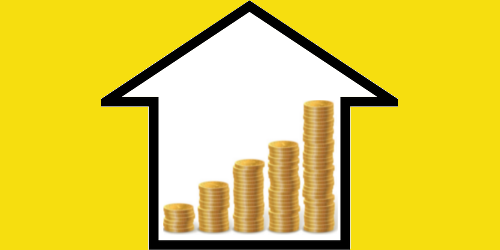 Amortization for a property means, in accountability, the depreciation suffered by the assets of a company, either by use or by the simple passage of time. In this way, we can find that the value of the property consists of two elements:

The value of construction is the only amortizable because the ground is something that as a rule does not depreciate, but also increases its value. Therefore, first, we have to differentiate the value of land and construction.

1. How is the value of the building calculated?

The construction value is calculated by applying, to the acquisition value, the percentage resulting from the rateable value. We can make an idea of this percentage of the total value for each part by using the values shown on the receipt of IBI, and then we can apply that percentage to the purchase price.

According to the last IBI receipt of the rateable value, it is as follows:

This means that when we amortize:

To demonstrate the depreciation of an asset the amelioration of the value of the property should be reflected in the company accounts, so several factors must be taken into account:

There are different methods of depreciation of property, but the most common is the linear method, which consists of calculating the depreciation of assets acquired by the company in fixed and constant quotes. Therefore all accounting years would have a fixed repayment fee. We can find the coefficients of linear depreciation amortization tables.

4. What is the amortization table?

The most common method to amortize a building is using the amortization tables, which establish for each asset a maximum coefficient of linear amortization and a maximum repayment period, the estimated number of years.

A newly acquired computer can amortize for a minimum of 4 years and a maximum of 10, with a maximum ratio of 25%.

Generally, the two types of buildings that differ in amortization tables are:

In the previous amortization table we can observe the minimum and maximum depreciation rate, so that:

The properties are considered used when they have been put into operation before they were acquired and they are older than 10 years.

In this case, the amortization is different; for example, this kind of property cannot benefit from the method of accelerated depreciation of SMEs.

These properties can be fully amortized starting from:

Amortization of leased property consists of providing as spending 3% of the construction value of the property and this spending is applied proportionally to the days of the year in which the property has been leased, as explained in the article “property deductible expenses”

With this method, we can benefit from a tax incentive with which our assets can be depreciated more quickly than expected in the Official Tables. This amortization mode can only be used when we have the small size company condition (net limit on the previous business has to be less than 10 million euros).

In addition to fulfilling the condition of a small-sized company, it must also meet that the investment will be made in new tangible fixed assets or real estate investments. These can be amortized by multiplying by 2 the maximum straight-line depreciation coefficient provided for in amortization tables.

b. Accelerated depreciation for investments in job creation

Free depreciation is another tax incentive that involves the subject’s ability to determine the rate of tax depreciation of its assets without having to follow one of those current methods of amortization. The requirements to benefit from the free depreciation are:

8. Methods of direct or objective estimation:

Anyway, it is always good to have a tax advisor. If you have any questions regarding this do not hesitate to contact our tax advisors in Barcelona.