The 8 most common mistakes in the income tax draft 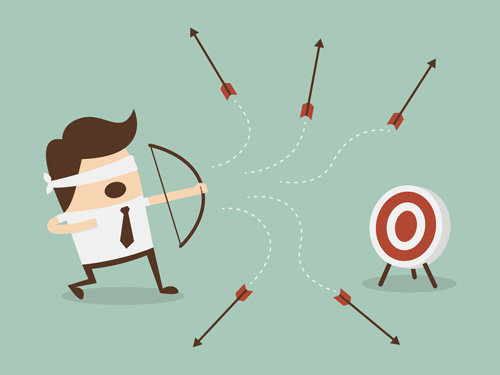 Is not gold all that glitters in the preparation of the income tax return by the tax agency technicians. In the end, the data proposed for the draft comes from information returns filed by third parties and information that tax agency obtains by other administrations so, often unintentional errors are committed, that can make a big difference in the return.

The most common errors are:

If it has been incorporated during the year a new child to the family, either natural or adopted, it is important to check that such circumstance is recorded in the draft, as it increases the family deduction up to 4,500 €!

2. When you have acquired property during the year, often it is imputed 365 days instead of the proportional days.

If you have acquired, either by purchase or by inheritance of a relative, a property, you must check the days of the year in which such property has been in your heritage, as by default are attributed 365 days, what depending on the assessed value can make a big difference.

3. Percentages of ownership of property and cadastral references.

In cases where entitlements are shared between spouses or between siblings, often one of the joint holders is charged 100% ownership, while the rest are charged correctly. This is the case for example of marriages where one spouse is credited with 100% of the second residence and the other 50%, and therefore if it is not reviewed well, we would be paying for 150% of a property.

Both pensions you pay for your children as spousal compensatory pension are a deductible expense. But only for the amounts of thesentence of separation or divorce.

5. Check for the most favorable option. Individual or joint?

In theory the IRS draws up the draft taking into account the most favorable option for you, which is the option you are going to pay less. But it never hurts to check it as it is as simple as entering your data and your spouse’s and children’s data in PADRE program, and see which the best result is.

6. Regional and state deductions that are not applied. Housing rent.YOU STILL CAN!

Do not be alarmed with the news about it has been removed the deduction for housing and rent. If you bought your home before 2013 or you signed your lease agreement and payed before January 1, 2015, you can still apply the deductions. You also have to keep in mind that the tax is managed by halves between the state and the regional government, so it is very likely that your community maintains the deduction unconditionally.

If you or your company have contributed money to a pension plan, you should not forget to check this in your draft, as it can reduce the tax base by up to 8,000 €.

The fees you pay for being affiliated to a union as well as those you satisfy at your professional association, whenever required for the exercise of the profession (lawyers, architects …) are a deductible expense in your earning income, so do not forget!

Anyway, it never hurts to have the help of an industry professional to advise and assist you in these matters. If you need professional advice do not hesitate to contact us at https://gmtaxconsultancy.com