720 form out of date: Change of criteria about fines charged 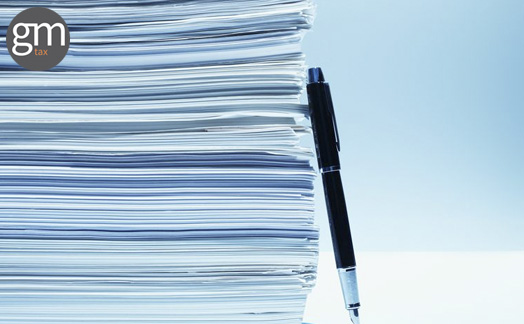 Coinciding with the end of the period to subscribe for the tax amnesty of 2012, which provided for a 10% tax for all concealed income that emerged in that period, the Spanish Tax Agency approved a Summary Form related to assets and rights located outside Spain (See the article of 720 Form).

Breach of the obligation to declare

As already indicated in the note of the article cited above, not reporting the Form 720 on time is considered a very serious tax infraction and entails a penalty of 5,000 Euros for each data or data block, referring to each account or asset, omitted or contributed incomplete, inaccurate or false, with a minimum of 10,000 Euros. This penalty is reduced to 100 Euros for each data or data block, with a minimum of 1,500 Euros, in case of the late submission without prior request, or if it was submitted by means other than electronic means, computerized or telematic when there is an obligation to do so by means of these.

In addition, the breach of this obligation has consequences on the IRPF and the IS, which in general are that the assets not declared are considered a capital gain, and there’s a huge penalty consisting of a proportional fine of 150% of the amount to be paid for this theoretical capital increase. This is established by the First Additional Provision of the Law 7/2012, referring to actions in the prevention and fight against tax fraud.

Since these rules entered in force, the fines were heavily criticized for being considered excessive and disproportionate, thus breaking with the tax principle of non-confiscations, although the argument used by the administration was the fight against tax evasion.
Now, the DGT has answered a query raised by a professional college (CV1434-17) where it sets a radically different interpretation to that the Law establishes.

Regarding the extemporaneous filling of the 720 Form without prior request, the answer confirms the application of the reduced penalty of 100 Euros for each data or data set, with a minimum of 1,500 Euros per data block. However, what is surprising is the DGT’s “interpretation” of the fine that is applicable saying that the 150% penalty on the amount to be paid in the IRPF or IS has not to be applied. The DGT bases this fact by stating that, in the case of a voluntary regularization, the charges for extemporaneous declaration established by article 27 of the LGT (General Tax Law) must be applied, which provides for the exclusion of any other type of penalty that might have been required (including the 150% tax fee).

The aim of the legislator was to penalize in a very serious way in the future all taxpayers who did not accomplish with the 2012 Tax Amnesty with 150% sanctions (in order to encourage them to take part of it or to tax them confiscatory if they hadn’t done it). But now, what the DGT does, is to “reinterpret” the Law and determine that only a surcharge of 20% will be applied on the same amount.

Is to be supposed that this biased ”interpretation” of the rule in favour of the taxpayers who at the time did not regularize, is a consequence of the procedure initiated by the High Court of Justice of the EU against the Spanish sanctioning system that is disproportionate and excessive in our opinion since it ends up being confiscatory in some cases (for example, for individuals who are taxed at 50% Personal Income Tax, the amount to be paid plus the penalty amount represents an amount of 125% of the total income to regularize). The legal uncertainty that a DGT criterion introduces is completely contrary to the one established by the Law.

The second criticism of this new interpretive “reasoning” is that it maintains the existing sanctions for having incompletely, inaccurately or falsely declared a data or set of data, sanctions that are totally disproportionate and difficult to justify. We suppose that it was already impossible to make an interpretation or reasoning with legal logic that would reduce these sanctions that neither the DGT has dared to do.