Exceptions IRPF: Who is NOT obliged to make the fulfilment? 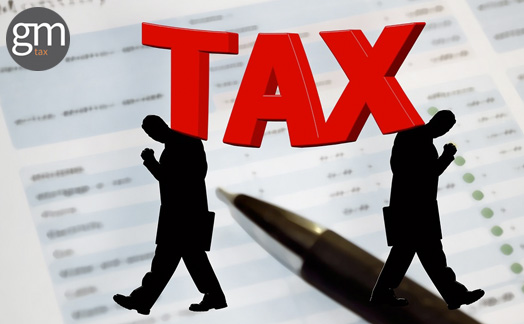 Do you have to submit the IRPF Form mandatory? Surely the same question arises to thousands of citizens each year, especially those who have no experience or have recently changed their job.
Although the general rule says that no one is exempt, the Law of IRPF stipulates several exceptions of submitting the Form that depend on the amount of the income you have earned during a year and its origin. Below we show you all the possible situations that will allow you not to make the fulfilment of the IRPF in relation to the income of the work and other returns, as long as you do not perceive other types of incomes. If you are Non-Resident and ask yourself if you must pay the rent, click here.

If you earn less than 22.000 Euros from a single employer

If you have only worked for an employer and your earning income does not reach 22.000 Eurs, you will not have to make the IRPF fulfilment compulsory. In Basque Country, the limit is reduced to 20.000 Euro.
Example: a worker who has worked for the same employer throughout the year earning 1.200 Euro monthly should not fulfil Personal Income Tax (IRPF), since he will have earned 14.400 Euro per year.

If you have earned less than 12.000 Euro from several payers

If you have earned income from work by more than one payer, that minimum amount is reduced. In case the sum paid by the second payer and the following exceeds 1.500 Euro, the limit for not submitting the IRPF Form would be 12.000 Euro per year, while if it does not reach this amount (1.500 Euro), it keeps the application of the limit of 22.000 Euro.
Example: you would not be required to fulfil the Personal Income Tax Form if you earn 15.000 Euro from the first job and 1.000 Euro from the second. Note that it would not exceed the 22.000 Euro of the first exception that we have explained.

If you only collect a pension of less than 12.000 Euros

The limit of 12.000 Euro also affects people who only collect Social Security pensions and the withholding rate has not been determined by special procedure. Neither are included compensatory pensions of the spouse or non-exempt annuities for foods.
In this 12.000 euro flight, are included passive benefits enclosed in article 17.2 a) of the IRPF Law, and those in which the payer of income from work is not required to retain.

If you have earned less than 1.600 Euro in dividends, interests and capital gains

You have to consider the interest on bank accounts, bonds, fixed-income securities, stock dividends and capital gains obtained by the transfer of any asset. If you have not earned more than 1.600 Euro (and you have not earned any other income) you are not required to file the IRPF.

if you have obtained less than 1.000 Euro from different type of income

Individuals who have obtained exclusively earnings from work, capital gains, economic activities or equity gains up to 1.000 Euro or property losses of less than 500 Euro, in individual or joint taxation, are not required to file the IRPF Form.

Can I declare the IRPF anyway?

The non-obligation to file the Peronal Income Tax fulfilment does not mean that it cannot be done. Moreover, in many cases it is convenient to do it, because the result of the IRPF Form can emerge to return and an income that perhaps was not foreseen.

The best way to know whether or not you should file the IRPF is to make a predeclaration. To do it correctly we recommend that you go to an experienced tax advisor like GM Tax. You will let you know very quickly if making the statement is worthy or it is better to use the privilege of being exempt from making this tax filling.