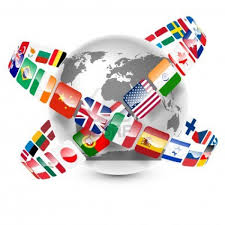 As we have commented, Form 210 is the form through which non-residents are taxed for the obtention of income in Spanish territory without permanent establishment since January 1, 2011,  ensuring the Public Treasury the collection of tax even if the person moves abroad.

Among the different incomes considered to have been obtained in Spanish territory and which are regulated in article 13 of Income Tax for non-residents Law (hereinafter L.IRNR) we will focus on sections g) and h) relating to monetary income or in-kind derived directly or indirectly from immovable property situated in Spain or from their property rights and imputed income to natural persons owning immovable property situated in Spanish territory unaffected by economic activities respectively.

Taxation for an imputed income of an urban property

Let’s suppose that a person owns an urban property located in Spain and uses it for his own use (which means that it is empty or unaffected by economic activities). This person must be subject to income tax of non-residents and submit form 210 for the imputed rent relating to those properties.

The calculation of the taxable amount that will correspond to these yields will be determined according to the IRPF regulations. Therefore, it will be calculated as rent, the amount resulting from applying the corresponding % on the cadastral value of the property indicates on the IBI receipt, being 1,1% in the buildings whose cadastral value has been revised or modified and entered in forcé in the tax period or within the ten previous tax periods and 2% in the rest of the buildings.

Once the table amount is obtained, that amount will be the amount for which it will be taxed after applying the corresponding tax rate because it is not allowed to deduct any expense, except deductions for donations under the terms provided for the IRPF Law and Fiscal Regim Law of non-profit entities and on tax incentives for patronage.

On the other hand, unless otherwise stated, it is understood that the amount of taxable amount refers to the calendar year, reducing proportionally to the number of days of not having been the holder during the whole of said period.

Another important issue is the tax rate that it has to be applied for the obtention of those rents, distinguishing since 2015 between non-residents in Spain but residents in the EU (plus Iceland and Norway) and non-resident outside the EU. In the first case, the applicable rate is 19% and in the second case the rate is 24%,

Finally, to end this section, comment that the deadline for the presentation of model 210 for these returns will be the calendar year following the date of accrual (December 31). That is, the form 210 corresponding to the year 2015, can de presented in a voluntary term until December 31, 2016.

Taxation for income derived from the rental properties

Now suppose that the same person that we mentioned above is the owner of a property located in Spain but has rented this property. In this case, as in the previous one, the persona must be subject to income tax of non-residents and fill the form 210 for the income obtained with the rent.

It is important to have into account that the taxable income will be taxed separately, which means that, it has to be presented a form 210 each time that the property is leased, distinguishing if the lease is total, that is, if the leased during all the year or if it is partial, that is, it is only leased in certain periods. In addition, it will not be possible to compensate for the losses derived from the lease of certain periods with the profits of the other periods. With all this, we want to make clear that the taxation must be done operation by operation.

In this case, the calculation of the taxable amount corresponds to the full amount received by the lessor, including all goods delivered with the property, excluding VAT. However, be careful because taxpayers residents in another EU State, the amount of the taxable amount can be deducted from the expenses provided by IRPF Law, but it has to be proved that they are related directly with the income obtained in Spain and the existence of a direct and inseparable economic link with the activity that is carried out in Spain. In order to be able to deduct these expenses, it will not be necessary to accompany the tax return with a tax residence certifícate in the corresponding EU State issued by the tax authorities of this State, but it is convenient to have it if it were required.

Unless otherwise stated, it is understood that the property is rented throughout the year, but if not, the taxable amount will be calculated as indicated in the previous paragraph, being reduced proportionately for the months that the property has been rented. In all other cases, the proportional part of the imputed rent must be found (1,1% in case of revisión or modification of the cadastral value or 2% otherwise).

Once the taxable amount is obtained, it is important to know the tax rate that has to be applied to these situations, which again since 2015 distinguishes between non-residents in Spain but residents in the EU (plus Iceland and Norway) and non-resident outside the EU. In the first case, the applicable rate is 19% and in the second case the rate is 24%,

Applied the tax rate to the taxable amount, we will obtain the tax quota to which two types of deductions can be applied:

To conclude with this section, comment that the deadline to submit the form 210 for these returns is quarterly, which means that, must be made between the first twenty calendar days of the months of April, July October and January (until day 15 for the domiciliations), referring to incomes whose date of accrual is included in the previous calendar quarter. Therefore, to present the form 210 for example for leases of the first quarter of the year (until March), will be until April 20 or April 15 if ti is done through domiciliation to be able to present it.

If you need any further information about this matter do not hesitate to contact us.